The general idea of The Border Seminar was to provide an interdisciplinary forum for an exchange of theoretical approaches, experiential accounts and case studies of the phenomenon of the border. The papers presented focused on: the development of the Western genre and the frontier imagination in American literature; the experience of Asian Americans; the readings of early American feminist writers; the overlap of lawfulness and lawlessness in the theory of jurisprudence; the problematics of desire and separation in French psychoanalysis; the theme of the borders and its formal manifestation in literary texts from New Zealand, Spain, United States and American Southwest, and Ireland; linguistic borders in management and corporate environment, the standard and non-standard English language; sign language, sensory limits and the world of the deaf; eco-linguistics or the language of environmental governance; epistemic and ethical dimensions of border crossings and imagination at the border; a personal account of state borders in the United States; a historical analysis of the processes of migration to the U.S. from Eastern Europe; cognitive ramifications of cartography; discussion of the sublime in the context of racism and privileges of whiteness in America; pedagogy of the relations at the border; iconic symbolism of the border in the English imagination (Cliffs of Dover).

The border implies that there is always something that we are missing in our perspective, something that is hidden from our view. As the above list illustrates The Border Seminar created an environment for a cross-disciplinary debate where scholars of affect, axiology, education, history, language, semiotics, ecology, aesthetics, and other fields were able to draw from one another and, in doing so, were afforded a unique opportunity to expand their theoretical apparatuses and ethical horizons.

Participants included scholars and doctoral students of the Faculty of Languages UG, scholars and doctoral students from Akademia Pomorska in Słupsk, as well as a guest scholar from the Catholic University of Lublin. Scholars from the University of Gdańsk included representatives of the Department of English Language and Literatures, Department of Linguistics, Institute of Scandinavian Studies, and the Faculty of History.

The organizers of The Border Seminar plan to publish a post-conference volume in the near future. A long-term plan is to launch, what can be tentatively called, The Border Research Initiative at Institute of English and American Studies, UG. Future seminars will follow.

On behalf of the organizers,

with assistance from Justyna Stiepanow, MA 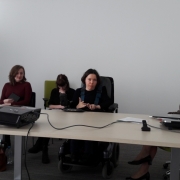 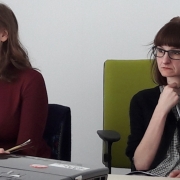 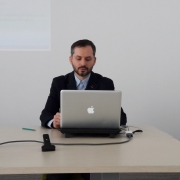 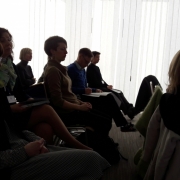 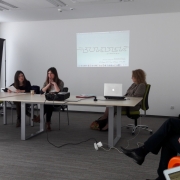 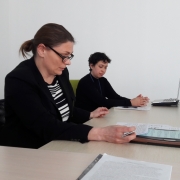 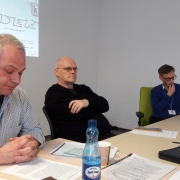 Time to be announced

Department of English-Language Literatures and Cultures

Institute of English and American Studies

For the second literary studies seminar of this year in December, we suggest the topic of ‘Death’, its ways of expression in literature, art, philosophy and culture, its semantic connotations. In all these areas, the theme is undoubtedly associated with some kind of ending, with parting, passing or fall, but also with change, initiation, cognition, renaissance and transformation. In literature the notion of death appears in many contexts: from anthropological to philosophical, social, political and religious ones.

It is possible to discuss the notion of death in the context of changes in ways of understanding the world. An obvious example would be the Nietzschean metaphor of “the death of God”, explaining the transformation of the world order in which God was the only guarantor of stability. Another example might be the change in understanding the concept of death in the context of the collapse of grand narratives, as suggested by Jean-François Lyotard. Death can be considered in reference to the transcendence-immanence relation, as a passing from the material to the ideal world (particularly, but not exclusively, in poetic creations), in the aspect of the change of the form of existence (which not infrequently appears as personification, as in the film by Ingmar Bergman entitled “The Seventh Seal”, in which death appears in human form in order to give another human being the opportunity to fight with “someone equal” for their own life. The cultural context is also essential (the understanding of death in various cultures and their metaphorical manifestations presented in literature, art and film; traditions connected with funerals, religious rituals, dealing with pain after losing someone etc.). In mythological and religious views, important issues in the discussion about death are the understanding of the beginning and the end of the world, the concepts of infinity and eternity, systems of belief and the literary and artistic creations which proceed from them.

The contexts mentioned above do not constitute the only possible ways to discuss death and they do not exhaust this broad and multi-faceted topic. We invite proposals from all interested, especially from staff, friends, doctoral students and MA students of the Institute of English and American Studies, but also from outside it. The language of the seminar will be English. If you would like to present something during this seminar either individually (15-20 minutes?) or as part of a double-act or group (5-10 minutes per person?), or in whatever other imaginative way occurs to you, please send your suggestion by 10th December copied to Małgorzata Rzepczyńska (rzepczynska.mal@gmail.com) and Ewa Kroplewska (ewa.kroplewska@gmail.com)

Thank you in advance for your contributions and your interest!