Indigenous youth’s livelihood strategies in an era of globalization:

A Comparative and Interdisciplinary Research Project

This project aims to investigate indigenous youth’s lifeworlds in an era of economic and cultural globalization. Whereas it is well-established that the invention of youth as a life-stage and a social group was part of industrial modernity, the lived experiences, self-understandings, and ways of relating to the world of contemporary indigenous groups in Latin America are not well-known. The aim of this project is to examine how indigenous youth devise diverse livelihood strategies and envision a future for themselves within and outside their rural communities in the context of their increasing integration into transnational economies.

Indigenous livelihoods and identities have been shaped by a history of colonialism, subordination to the dominant national culture and incorporation into global markets. Throughout Latin America, indigenous communities were isolated from each other in the process of subordination to the nation-state. Being in insulated places allowed indigenous peoples to maintain their native languages, ontologies, epistemologies, and forms of life rooted in the use of local natural resources. We know that indigenous peoples have been the custodians of biodiversity in Latin America and that the preservation of biodiversity and cultural diversity are mutually dependent. Indigenous forms of knowing and relating to the environment have allowed the preservation of local ecosystems and the continuous re-creation of agricultural practices. Struggles for territory, to regain lost lands, and to maintain their language and their right to know in diverse ways, that is struggles for cultural transmission, remain central features of contemporary indigenous politics and identifications. Drawing on long lasting engagements with indigenous peoples in Mexico and Ecuador, we recognize the eco-metaphysical truth of their beliefs, rituals, values and practices, and we take the political, ethical, and methodological stance of approaching research as a process of thinking with indigenous youth, and their families and communities; that is, a process of mutual learning.

Contemporary processes of economic, political and cultural globalization have unsettled depictions of indigenous peoples as rooted in place and culturally stuck to themselves. Neoliberal globalization has set young generations on the move in search of life and labor opportunities. Indigenous youth migrate to the cities and transnationally in search of labor, accessing globalized consumption practices and styles, transcultural knowledges, and reconfiguring sociability patterns and identities. The mobility of indigenous youth, the diversification of their livelihood strategies, and their transcultural experiences pose critical challenges to conceptions of indigeneity as well as to the inter-generational re-creation of agro-ecological knowledge that has shaped histories of sustainable socio-ecological relations. Indigenous youth have become political and economic actors in their communities thus altering local power structures in the hands of elders. In this historical context marked by a global environmental crisis, mass unemployment, deepening inequalities, failed livelihoods, exclusionary politics and violence, this project poses critical questions for the future: Who is going to preserve native crops varieties and agro-ecological knowledge adapted to particular locales for long periods of time if indigenous youth seek economic opportunities beyond traditional forms of production to improve their living conditions? How are indigenous youth envisioning a future for themselves and their communities and on what grounds of memory and experience are they devising diverse livelihood strategies? How are indigenous youth positioned in relation to the transmission and use of the land in their communities?

Ethnographic studies of indigenous communities, classic or otherwise, have rarely incorporated youth as research participants. That is, indigenous youth’s experiences, self-understandings, knowledges and life projects are unknown because they have not been looked for. This research project situates youth at the center of the socio-economic and cultural dynamics of contemporary indigenous communities. It seeks to investigate indigenous youth’s livelihood strategies in relation to their knowledges and identities in an era of globalization. Of crucial importance is the aim of elucidating the underlying historical forces at play in the recent surge in adolescent suicide and youth’s chronic illness and disability, making them unable to work, in indigenous communities that are in the process of abandoning subsistence livelihoods. We seek to make this research relevant to support the continuation of life and the regeneration of relations with humans and with the world. Constructing a comparative research design with youth in Mexico and Ecuador, from indigenous communities marked by different yet convergent historical trajectories, we seek to contribute to the understanding of the role youth have in the dynamic process of reproducing and transforming cultural memories, knowledge and identity, as well as in the struggle for sustainable forms of life and the transformation of unjust social relations.

The project is conducted by Dr. Carpena-Méndez (Oregon State University, USA) with the collaboration of Dr. Wierucka (University of Gdansk, Poland) from January 1, 2017 to December 31, 2018. This project has received funding from the European Union’s Horizon 2020 research and innovation program under the Marie Skłodowska-Curie grant agreement No. 665778. The project is conducted within the frame of of Polonez 1 grant awarded by National Science Centre, Poland (UMO-2015/19/P/HS202073). 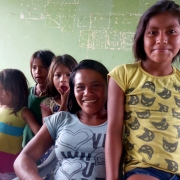 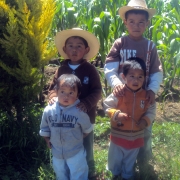