Please note that (with the exception of the walking tour of Gdańsk) the minimum number of participants in a tour is 20.

Picturesquely situated on the Nogat river about 60 kilometres from Gdańsk, Malbork boasts the world’s largest brick castle, one of the most imposing fortresses of medieval Europe. The castle, built between 1274-1457, was the seat of the Grand Masters and the capital of the State of the Teutonic Order. It passed into the hands of Polish kings in 1466, and for the next three hundred years served as a royal residence. An outstanding example of Gothic architecture, Malbork is listed as a UNESCO World Heritage Site.

The coach tour, leaving Gdańsk after lunch early in the afternoon, will be a perfect opportunity to explore this unique site and its fascinating history. The outing will include a guided tour of the castle, followed by dinner in a restaurant with views of the castle, offering specialities of Polish cuisine.

Duration of the tour: about 5 hours.

The guided tour of the Gdańsk historic centre will include a walk down the Royal Road, the principal thoroughfare of the Main Town, featuring the city gates, the Gothic Town Hall, the imposing Artus Court, seat of patrician brotherhoods, and the 17th century Neptune fountain, one of the symbols of Gdańsk. A walk down the Motława waterfront will take the visitors to the charming Mariacka Street, lined with amber galleries, and to St Mary’s basilica, one the world’s largest Gothic churches. The tour will finish in the newly opened European Solidarity Centre, located on the grounds of the Gdańsk shipyard. The Centre houses an exhibition dedicated to the history of Solidarity and the opposition movement, which led to the democratic transformation of the countries of Central and Eastern Europe

Duration of the tour: 3 hours

For those interested in modern history, in the morning we offer a half-day guided tour of the Stutthof Nazi concentration camp in Sztutowo, about 50 km from Gdańsk. Plans for building a camp for Polish and Jewish citizens of the Free City of Danzig were prepared as early as 1936, and the first prisoners arrived in Stutthof on 2 September 1939. The camp operated until 9 May 1945, becoming a place of incarceration of 110 000 men, women and children from 25 countries. In 1944 it became an extermination camp for the Jewish population as part of Endlösung. It is estimated that only one third of Stutthof prisoners survived incarceration and the 1945 “death marches” towards concentration camps in the west.

Duration of the tour: about 5 hours.

The full-day tour of Kashubia will be an opportunity to explore the picturesque countryside out of Gdańsk. With its undulating green hills, sparkling lakes and thick forests, Kashubia offers a perfect retreat for all tired with the bustle of the city. In addition to lovely scenery, the region boasts its own distinct culture and language, immortalised by Gunther Grass in The Tin Drum.

The scenic drive will take visitors to Wieżyca, the highest of Kashubian hills (329 m above sea level), where they will be able to admire the  beautiful panorama of lakes and forests from a viewing platform. The tour will also include a visit to Chmielno, where a local pottery specialises in traditional hand-made Kashubian ceramics, and to the Outdoor Ethnographic Museum in Wdzydze Kiszewskie. Set over 22 hectares of lush green land on the edge of a large lake, the museum features a superb assortment of farms, manor houses, windmills, churches and other traditional buildings from Kashubia and nearby Kociewia. Many of the buildings still function as they used to, such as the steam-driven sawmill and the lovely wooden church, built in 1700 and still performing Mass and the occasional wedding. The museum also has a small restaurant serving traditional food cooked over an open fire.

On the way back, the tour will include dinner in a local Kashubian restaurant, offering specialties of regional cuisine, famous for its dishes of freshwater fish and wild mushrooms.

Duration of the tour: about 8 hours

Our gala dinner is being held at the Sofitel Grand Hotel in Sopot, a fashionable seaside resort bordering on Gdańsk. Located near the bustling centre of the town, beside the sandy beach and Europe’s longest wooden pier, the hotel has recently been lovingly restored to its pre-war elegance. Sofitel Grand Hotel’s Art Deco Restaurant offers French cuisine with a Polish twist, as well as beautiful views over the sea. The gala dinner will be followed by a recital by Cezary Paciorek, a classical and jazz pianist and accordionist well-known on the vibrant local music scene. 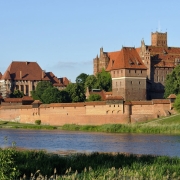 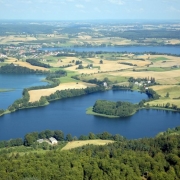 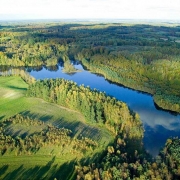 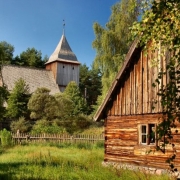 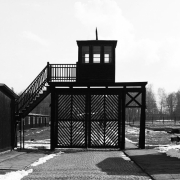 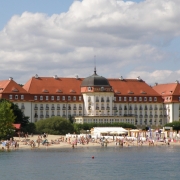